A project to enhance the range of cancer treatments available to patients with localised prostate cancer has begun at the Norfolk and Norwich University Hospital.

The new service is thanks to the very generous public support for the N&N Hospital’s Charity Targeted Radiotherapy Appeal, which raised more than £600,000 to create a dedicated treatment space in the Colney Centre. 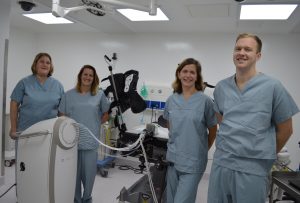 Around 400 men a year are treated with radiotherapy for prostate cancer at the NNUH, which directs radiation from outside the body. High-Dose Rate (HDR) brachytherapy is used for many cancers, and works by placing radioactive sources inside or near a tumour, which can potentially improve cure rates and reduce treatment times and side-effects.

The hospital is the first in the world to use the Varian Bravos afterloader system for brachytherapy treatments.

Dr Jenny Nobes, Consultant Oncologist at NNUH, who is a specialist in brachytherapy, said the new service meant that patients with prostate cancer no longer had to travel to London for HDR treatment.

“Instead of having seven and a half weeks of daily radiotherapy, patients have three weeks of daily radiotherapy and this brachytherapy treatment as a boost. Because it places the radioactive source directly into the prostate, there is potentially less effect on the bladder and bowel. Having prostate HDR increases the range of treatments available as well as reducing the number of visits to the hospital for people across the region.

It strengthens our position as a centre of excellence for prostate cancer treatment. The Trust started robotic prostate surgery a few years ago and men now have more radiotherapy treatment options as well,” she said.

Jonathan Bower, from Norwich, was the first patient to receive prostate brachytherapy on November 29th after being diagnosed with cancer in June 2018. 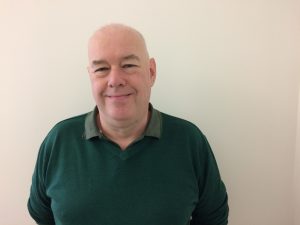 People across Norfolk and Waveney donated and raised over £600,000 to fund the Targeted Radiotherapy Appeal to create a purpose built brachytherapy space at NNUH.

The appeal funded a multi-purpose room for anaesthesia and brachytherapy treatment at the Colney Centre with a dedicated recovery area as well as additional equipment needed for these treatments.

Louise Cook, Head of Fundraising, said: “The Targeted Radiotherapy Appeal was our biggest fundraising appeal at the time and it is fantastic to see that people’s generosity has led to real improvements in patient care at NNUH and enhanced services.”